The Downtown Greeley area has clearly gained the interest of more than just start-ups. The City of Greeley has plans to bring in some major changes in an effort to continue nurturing growth.  In early April, the Greeley City Council unanimously approved a new Doubletree by Hilton Hotel and Conference Center, a new consolidated Municipal Complex, and a new Fire Station. These projects which are coming will be a cooperative effort between the City of Greeley, the Downtown Development Authority (DDA), and local investors.

One of the bigger projects, the Doubletree Hotel by Hilton and conference center, has the potential of creating jobs long after the construction project has been completed. According to the City of Greeley, the hotel will provide several public benefits that make it a worthwhile addition to the Downtown area. Among those benefits: 147 guest rooms and a fourteen-thousand square foot conference center. Committee representatives are excited to begin work, “converting an obsolete building with $1.5 million in liabilities into a tax-producing asset.”

Of course, construction projects of this scale are not without growing pains. Downtown Greeley will have construction delays and detours throughout 2016 and early 2017. Parking throughout the construction period has been one of the most common concerns. The City of Greeley commissioned a study that found there is still plenty of available parking surrounding the area. There are approximately 1,600 available parking spaces during construction for Downtown visitors. It should also be noted that the City of Greeley is working on providing signage along with an awareness campaign to better direct traffic. 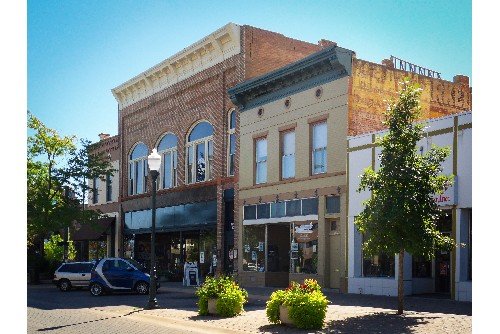