The Fort Collins Musicians Association (FoCoMA), and sponsor Odell Brewing Co. are gearing up for their 8th annual FoCoMX weekend. The Fort Collins Music Experience (FoCoMX) is a vibrant celebration of Northern Colorado’s eclectic music scene that draws out thousands of Northern Colorado music fans. On Friday, April 22nd and Saturday, April 23rd, there will be over 200 different artists performing at over 20 different venues across Fort Collins.

FoCoMX was first put on in 2009 as a grassroots experiment for promoting local music. Since then, the two-day event has grown in dramatically popularity and is now known by many as “The Biggest Little Festival in America.” FoCoMA’s mission to provide education, support and networking opportunities for the Fort Collins music community along with the generous sponsorship of Odell Brewing Co., have helped FoCoMX gain national attention. FoCoMX features an impressive collection of local talent representing a wide variety of music genres and artists for music lovers of all ages. Fans of reggae and bluegrass alike are sure to find something in the lineup that they will love.

The 2016 FoCoMX lineup showcases more than 200 performers from all genres of music. Featured artists include: Dubskin, The Holler!, Musketeer Gripweed, 12 Cents for Marvin, Finnders & Youngberg, and Endless Monster (featuring Karl Alvarez from the punk rock band the Descendents). Acoustic-Folk artist Michael Kirkpatrick will kick off the festival at Equinox Brewing on Friday. From there, the weekend is jam-packed with performances at venues all over Fort Collins. Various shuttle services are available to get concert-goers from venue to venue.

Other noteworthy performances at FoCoMX will come from In The Whale, The Patti Fiasco, Brent Cowles, Pandas and People, Nate Cook (of The Yawpers), and Shatterproof. Whether you’re into metal-punk, electronic DJ, or rock pop, whether you prefer singer-songwriters or experimental noise, you are sure to find an artist that will pique your interest. For a complete list of artists visit FoCoMX’s schedule and artist sections on the FoCoMX website.

Performances will begin at 3:30 PM on Friday, April 22nd and will go past midnight. On Saturday, April 23rd performances will pick up again at 12:30 PM with the last shows scheduled at 12:00 AM. Over 20 venues participate in FoCoMX including the Aggie Theater, Odell Brewing Co., Illegal Pete’s and Everyday Joe’s. For all participating venues you can also go to the FoCoMX website.

To make the most of the festival, you’ll want to get a weekend wristband. Wristbands are $35 and will get you into all FoCoMX venues to see any and all of the performers you want. Wristbands can be purchased online at http://focomx2016.brownpapertickets.com. They’re also available for cash only at Rock ‘N’ Robins (804 S. College Avenue). Wristbands ordered online can be picked up at Will Call in front of Summit Studios at 109 Linden Street in Old Town Fort Collins.

You can also get a free wristband by volunteering for the event. If you’re 18 or over, you can create a volunteer account, browse the list of available shifts, then sign up to help with prep or to man Will Call, or even work doors at venues, and then get a free wristband to enjoy the rest of the weekend. There are over 250 volunteers needed to make the festival possible, so if you love music make sure you consider being a part of this “Biggest Little Festival” for a weekend you surely won’t forget. 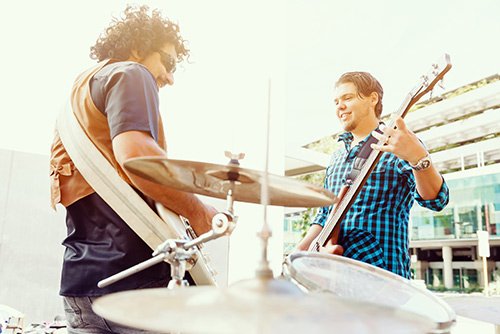