Rise of Baby Boomers Who Rent

What was once a classic component of the American dream is quickly being replaced by a more flexible and convenient alternative. Home ownership among the aging generation of Baby Boomers is seeing a steady decline. Home ownership rates in the United States in 2015 were at the lowest level in 25 years. This is largely due to the rising number of Americans born between 1946 and 1964 that are choosing to rent homes rather than own them.

There are a number of recent studies that have verified the rise of Baby Boomers who rent. Harvard University’s Joint Center for Housing Studies recently conducted a study in which they found that the number of seniors age 55 to 75 who chose to rent had increased between 2004 and 2013. The study also found that a large percentage of them were former homeowners, looking to convert their home equity into retirement income. 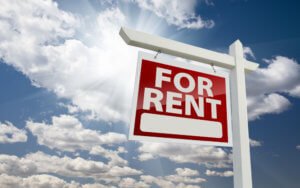 The Urban Institute in Washington has also released research predicting that the number of renters who are 65 or older will reach 12.2 million by 2030, which is more than double than that of 2010.

A separate study by Harvard University found that the construction of new, multi-family homes was far greater than the percentage of single-family homes, making a correlation between housing and construction markets with the increasing popularity of rentals.

Many question why an older generation would trade home ownership for renting or why they would sell a home in which they have close to, if not 100 percent equity. While owning a home can be a great financial asset, it can also be a huge expense. The miscellaneous costs of owning a home, such as property taxes, maintenance, and even homeowner association fees, can be a burden on a retiree’s more limited budget. For many, a year of monthly rent payments free from those expenses has the potential to be cheaper than the yearly cost of owning a home.

For others, there is the desire to use the equity they have made over the years rather than letting it sit as an unusable asset. Why not sell the home and use the profit to supplement their retirement income? Alternatively, some have also considered renting their home using a property management service while downsizing into a smaller living space.

Renting can provide many benefits for an older generation apart from the financial reasoning. Rental homes come free of the hassles of home maintenance. When you own a home, you as the homeowner are responsible for all repairs and maintenance. As a renter, your landlord is responsible for those things. This fact alone can relieve financial stress along with the actual work required as maintenance issues arise.

Renting an apartment or condominium that is managed by a bigger company, rather than a landlord, can provide an even greater freedom from the hassle of home maintenance. Apartment complexes are managed collectively and are required to address issues quickly and efficiently. Renting can also provide flexibility to retirees looking to move or travel seasonally or to grandparents desiring to relocate to be closer to their children and grandchildren.

Rental rates across the country are rising, along with the demand for rental properties. An increasing number of Baby Boomers choosing to rent are largely responsible for this. While many have held on to the “traditional” American dream of owning a home, others are trading in that stability for convenience, flexibility, and financial relief.